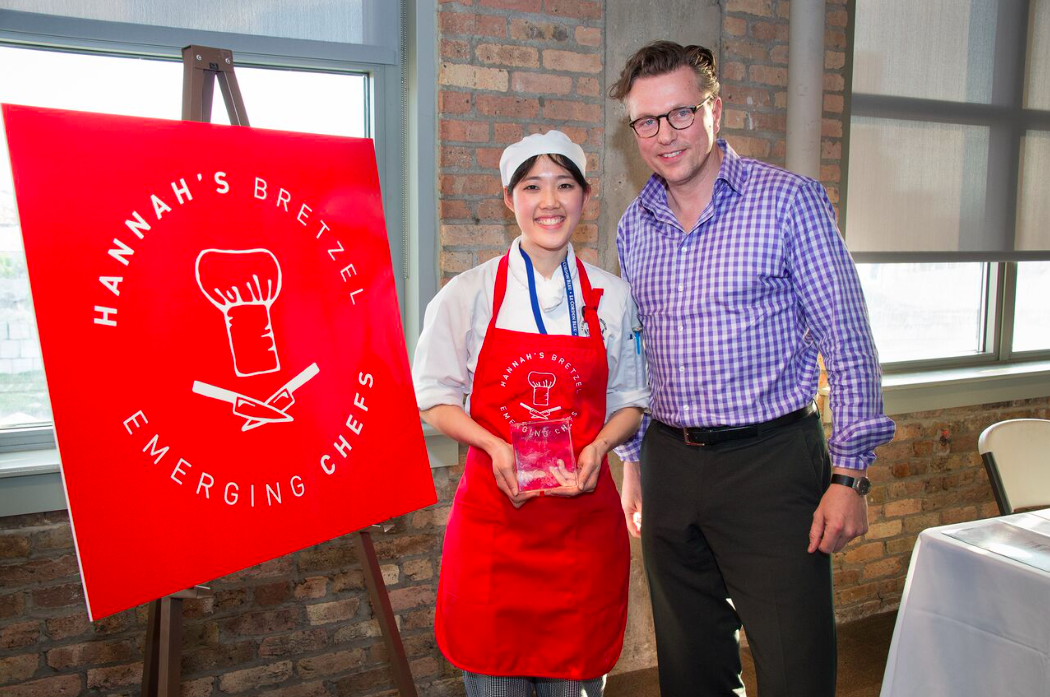 With Chicago still gleaming from the James Beard Foundation Award festivities, our beautiful city is keeping up with the culinary scene excitement by recognizing the next generation of talented chefs in Chicago on the First Annual Emerging Chefs with Hannah’s Bretzel.

Students from two local culinary schools, Le Cordon Bleu & Kendall College, competed to create the next uber sandwich and I am so proud to be among the esteemed group of judges along with Beverly Kim – Owner and Chef at Parachute and James Beard Award nominee for Best New Restaurant, Mark Steuer – Chef and Partner of Viva La Rev and former Executive Chef at Carriage House, Justin Large – ​Director of Culinary Operations at One Off Hospitality, Kimberly Galban – Partner ​and Vice President of Operations ​at One Off Hospitality Group, and Florian Pfahler – Owner and founder of Hannah’s Bretzel.

The winner was a Le Cordon Bleu student, Joyce Mac, who created Keen-Wow-De-Lite. She was the second contestant to present her sandwich and it was unforgettable from then on. Her ingredients were consist of quinoa, kale, sundried tomatoes, manchego cheese, organic kettle chips, pickled onions, herb salad, jalapeños on an organic bretzel bread. Even with the popularity of Kale and Quinoa popping up everywhere, it was an unexpected to see on a sandwich and the result was spectacular.  Not only was her sandwich uniquely creative, but delicious too.

Joyce Mac will receive a $1,000 culinary scholarship and her sandwich will debut on the menu at all Hannah’s Bretzel locations in the summer of 2015. I personally cannot wait to try it again.