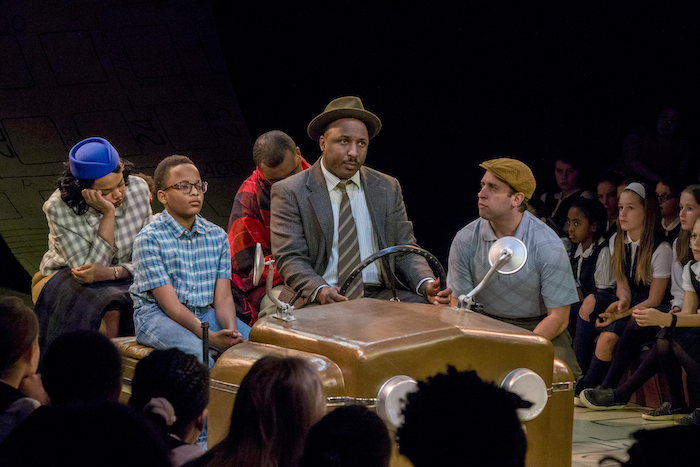 The racial divide in America has always been around, and although there’s a heightened sense of racial discrimination happening in our nation right now, we’ve come a long way.

The World-Premiere play The Watsons Go to Birmingham – 1963, based on the Newbery Medal-winning a book by Christopher Paul Curtis, brought me to a journey back to the days when freedom as a person of color was a luxury. Most especially in the South.

“Meet the Watsons, an African-American family of five, who live in Flint, Michigan. When oldest son Byron starts getting into trouble, it’s decided he needs to be sent to Birmingham, Alabama to live with his grandma to get set straight. So the whole family – Mama, Daddy, Byron, Kenny, and Joetta – sets out on a cross-country journey in the family car, the “Brown Bomber.” When they make it to Birmingham, they find more than they bargained for – a city simmering with tension during the height of the civil rights movement. This powerful story reminds us that during times of crisis, hope reveals itself in the forms of family, friendships, learning, growing and evolving.”

As I began to meet the characters, I slowly got sucked into the family setting; I felt a particular attachment to the mom. The uneasiness she had for her older child and feeling fearful about going through the road trip. I believe that every person who watches will discover themselves in one of the characters. I know I did. I felt surges of emotion throughout the show. It made me happy seeing the family dance to their favorite music, it made me afraid when a bigot approached the family, and then I wept during the church bombing.

Bring your family and friends to this beautiful show! The show is running until April 28th.