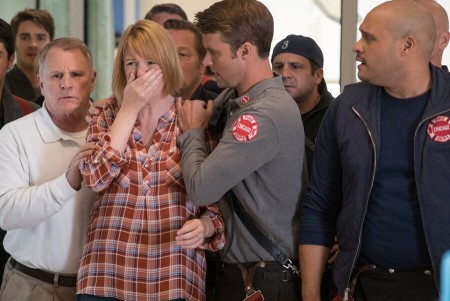 Sitting in on a Q & A with the TV Shows Chicago Med‘s Colin Donnell ( aka Dr. Connor Rhodes ) and Chicago Fire‘s Joe Minoso ( aka Joe Cruz ) started my 2016 off just right!

My love affair with Chicago Fire began Season 1 with my favorite bakeries and my very own street being blocked off for “filming of a new series”. Getting a pamphlet in the door advising you to expect delays and limited parking is SO EXCITING. The first season was riveting and anything else that creators Michael Brandt, Derek Haas and Dick Wolf come up with has my total support.

My conversation with Colin and Joe revolved around the show’s Chicago connection, of course.

The authenticity of the show must be applauded – but wasn’t it a hoot to discover that Colin was born in St. Louis, Missouri and attended Indiana University – Bloomington? As for Joe, he attended Northern Illinois University, so thumbs up to both of these guys who know Chicago well.

The one-night crossover was live-tweeted by many members of the cast as we anxiously wondered what happened to the beloved firefighter Christopher Herrmann after Joe’s gangbanger mentee stabbed him. Do you participate in live-tweeting of your favorite shows? The story-line continued into the new show Chicago Med and then onto Chicago PD. Check out #SaveHerrmann on social media.

If you are not a fan, you should be! Tune in tonight for episode ‘Scum of the Earth’ on Chicago PD and Tuesday, January 19th for the latest episodes! 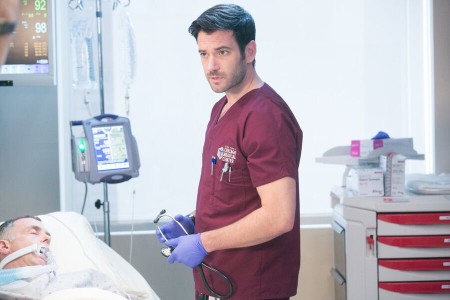