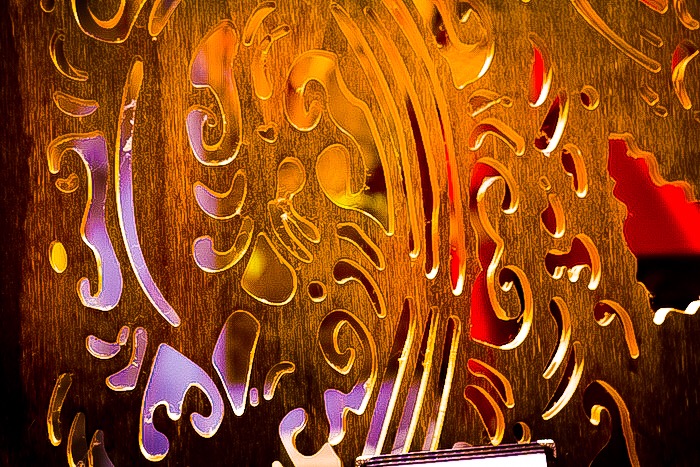 My next Chicago cultural expedition led me to the first and only one of two Indonesian restaurants in Chicago called the Rickshaw Republic.

Indonesia is one of the few countries in Asia that I haven’t had the chance to visit, and the only thing I know about Indonesia is the kind of influence they have on the Malaysian cuisine. I’ve visited Malaysia and am a big fan of their food, and so I’m excited to be invited to the Rickshaw Republic and looked forward to the learning experience.

First off, walking in the Rickshaw Republic restaurant felt like I left Chicago. Instantly enamored with the woodwork on wall art partitions, colorful decors such as the Asian parasols and bird cages hanging from the ceiling, I almost forgot that it was food that genuinely brought me there. Inside the restaurant is a far cry from the humble storefront only to be surprised with such vibrancy indoors. It also happens to be a Gamelan performance scheduled evening. Every first Thursday of the month, traditional musicians and their instruments are there to entertain diners.

There at the Rickshaw Republic, I met with two new Indonesian friends, Siti Baxter, and Kus Folker. Siti is a Social Media enthusiast who loves the Chicago food scene, and Kus who is a professional chef by trade but also performs in traditional Indonesian songs and dances. Before ordering our food, we talked about Indonesia. I learned that Indonesia is the world’s largest island country with an expanse of over 18,000 islands, and as big as the USA if you were to lay out the map of Indonesia above the USA map. Indonesia is so big that they have over 700 languages, and so you can also imagine how their cuisine differs from coast to coast. I also learned about the Dutch influence on Indonesia, and even about fashion wear, like the Batik, a technique of wax-resist dyeing applied to whole cloth like the dress Siti was wearing.

After some Indo introduction over my first cup of Indonesian black tea, it was time to try the food. I wanted to eat what the Indonesians typically eat, so I let Siti and Kus order the food for our table. Luckily, I am adventurous when it comes to food, so I had no restrictions on anything whatsoever. We first started with appetizers like Krupuk, Prawn-flavored tapioca crackers dipped in sambal to eat, the Batagor Dumplings, a fish, shrimp, and tofu dumplings with peanut sauce and sweet-savory sauce, and the Bala Bala Fritter, an egg mixture patty of cabbage, carrot, sprout, and dipped in a house vinegar sauce to eat.

For the main dishes, we had the country’s national fare, Nasi Goreng, a traditional chicken fried rice with an egg on top, Beef Rendang, a Javanese caramelized beef curry braised in coconut milk, candlenut, Indo aromatic spices, and a side order of Coconut Rice, to eat with our dishes.

I also met Oscar, the Rickshaw Republic owner. I told him that the last I visited the area was when the Lincoln Park Children’s Memorial Hospital was still right across where the restaurant is now standing. He opened the restaurant six years ago the same time the hospital moved to downtown. The non-stop building and road constructions around him did little to stop the restaurant’s apparent success. It’s incredible to hear that he’s survived even with all the significant changes in the area and quite telling that his restaurant is something extraordinary! 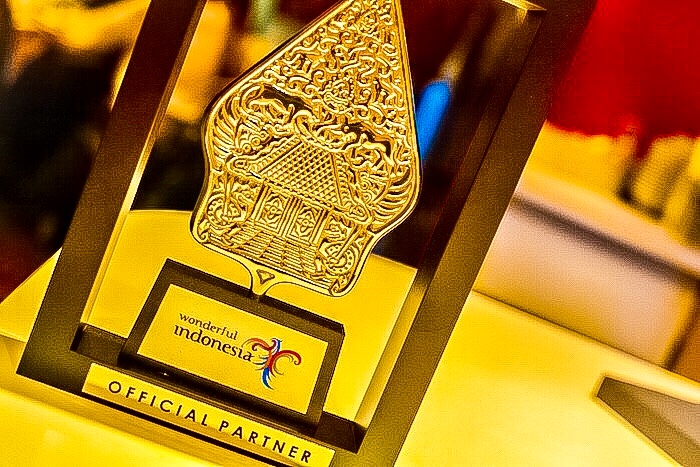 Oscar was also proud to share that Rickshaw Republic is the official partner of Indonesia’s Board of Tourism. So, if you are in for the real thing, this is the place to check out!

A big thanks to Siti and Kus for making this night out happen. I will be dreaming about the Batagor Dumplings and Nasi Goreng and will look forward to more traditional expeditions!

The @rickshawrepublic #Indonesian restaurant is a feast to all our senses. I learned so much about the Indo Culture and Cuisine and met new amazing friends! TY to @indogirl13 and @singing.chef for making this happen and for sharing your love of your beautiful culture. A big congrats to the owner, Oscar, for staying true to your traditions and #Chicago is lucky to have you and your restaurant represent your country. I can’t wait to share and write about it at Chicagonista.com where I will also be sharing a lot of the food pics! #Chicagonista #CapturingChicagoq