New excitement is happening at The 360 Chicago! Besides the thrill of seeing Chicago in a whole new angle with the thrilling TILT!, 360 Chicago just launched their new Summer Series including:

#TripodMondays – A photography night, visitors can bring tripods to capture incredible views from 1000 feet up! Tripods are otherwise not allowed at the 360 Chicago.

Tuesdays – Guides In The Sky – 360 Chicago partnered with the Chicago Architecture Foundation docents to be our guides on Tuesdays. Great way to learn more about Chicago from the experts!

Thursdays – Toasts – Special drinks and DJ, you’ll be toasting up in the sky!

Don’t forget, Wednesday and Saturdays are fireworks night in Chicago! 360 Chicago is the best place to view the amazing Chicago’s summer firework festivities and with musical themes and drinks specials. Anyone ready for 80s night?! I know I am!

And last but not least, they also launched the Chicago Resident Appreciation Rate for anyone with a 606 zip code to enjoy a 50% savings on admission. Now, we’re talking! 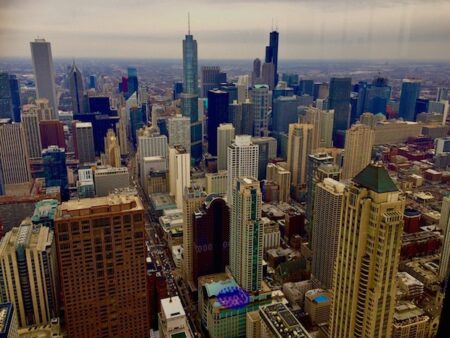