Chicago has always been a fun electoral town, with our machine and “vote early and vote often” motto. But Chicagoans need to hold on to their hats as we prepare for the mother of elections – We’re getting a new mayor!

Once the news got out that Daley decided that he had his full of being mayor, it seemed like everyone who could threw their hat into the ring. Everyone but women at least.

To be the mayor of Chicago one needs to win not just a plurality of votes, but you need 50% + 1 of the votes cast. If not, there’s a run off between the top two candidates. As we saw in the 2008 Democratic primary for Rahm Emanuel’s Congressional seat, a crowded race means one could win with just 20% of the vote. Many believe that may be all that is needed to get into the mayoral run-off. So why haven’t more women jumped into the race?

Of the 19 people who are definitely in or at least circulating petitions, there are three women: Illinois State Rep. Annazette Collins, Cook Co. Commissioner Bridget Gainer and former Ambassador & Senator Carol Moseley Braun. Collins and Gainer combined have less money that Emanuel. Moseley Braun is still toting around debt from her 2004 Presidential run. This means that starting out the women are economically behind the guys in the game. And it would be a stretch to say that these women all have strong name recognition as well. Again a place where women trail the men.

It’s not just the Mayoral race that troubles me. So far four aldermen have announced their retirement and they are all women. And we’re losing one, Toni Preckwinkle, to the county. Chicago could go from having 20 of the 50 aldermen are women, not too shabby, to 15, perhaps lower if some of the women running for re-election lose.

While only one declared candidate is a sitting alderman, I do believe that serving in the City Council is one conduit for being prepared and known in order to win a mayoral election. County leadership is another venue where 5 out of 17 commissioners are women. Then we also have Lisa Madigan, Anita Alvarez and many other women elected officials. Yet even with a decent number of women in leadership roles in Chicago, the media was hard pressed to include women names into their stories after Daley announced his retirement. Why is this?

It could be that Chicago women elected officials aren’t as windy as the men.

Mayor Daley set the standard when it comes to being blustery on TV. Emanuel has a reputation of being, um, blustery.  It’s not hard to find Fioretti, Gutierrez, Davis and especially Meeks on TV blustering about something whether at a press conference or on the floor of their respective legislative body. And we know that the media likes blustery and windy politicians. How many women elected officials do that? Would they enjoy the same respect that the men get? Not so sure.

And it is this media attention that lends itself to name recognition, at least outside of one’s district.

So how are we going to get to a day when we get to say Madame Mayor again?

I think we still need more women running and winning office. And we need to do a better job at promoting the good that they may do (they aren’t all great leaders!) by writing letters to the editor or asking media outlets why they covered this, but not that, which is more important to our lives.

And I have to wag my finger at myself on this one. We need to give to women candidates. Directly to them. Check out Progress Illinois’ list of cash on hand. NONE of the women have a six figure balance. Are they poor fund raisers? Are they poor spenders? I don’t know, but it is a significant hurdle. When Progress Illinois had Lisa Madigan on this list, her piggy bank was a big as the boys. Some will attribute this to her father, but whatever the reason, she would be ready to play strong in any election.

Bottom line…We have women leaders who are just as ready to lead this city as the men who are being bantered about. Whether or not they chose to run is up to them, but the media, online and print, corporate and indie, need to look beyond the screamers, the tantrums and the big bucks. Chicago is in critical condition and our next mayor needs to have more than just a swagger and a fat wallet. They need to have vision to inspire, imagination to create solutions and the ability to ensure that when Chicago pulls itself up from its boot straps, we are ALL pulled up.

It Starts With ONE Mom! 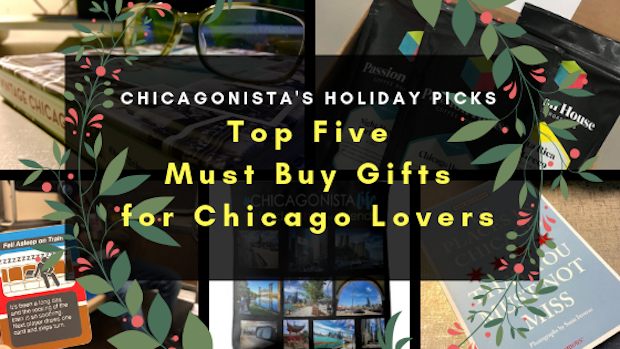