A few days after traveling back from the San Francisco Half Marathon, I attended the Rock ‘n’ Roll Chicago Health and Fitness Expo.  The expo was a two-day event that was open to the public at no cost for admission. I didn’t run the Rock ‘n’ Roll half marathon but was planning to meet with friends as they picked up their race packets. As a bonus, I got to meet and take photos with elite runners Kara Goucher and Meb Keflezighi!

When I ran the inaugural Rock ‘n’ Roll Chicago Half Marathon last year, Kara won the race by 19 seconds ahead of the first male finisher in a field of over 14,000 finishers. At the expo this year, it was exciting to hear Kara speak about her competitive spirit, her aspirations of “dreaming bigger” and her realization that though she’s had more failures than successes she still perseveres. Now that Kara is eight months pregnant with her first baby, she has reduced her training schedule but is still keeping very active and fit. It was so inspirational to see Kara healthy and happy as she continues to be a role model for runners young and old. I was touched to hear Kara say she’s built many friendships because of running. She said many things that rang true to me and she was so relatable.  When my friend Kathleen and I took a photo with Kara, she sweetly said “You guys are adorable” to us. I think she is the one who is adorable. What do you think?

Meeting Meb was also a highlight during the expo. Last year, Meb became the first U.S. runner since 1982 to win the New York City Marathon. I watched the race on TV and cheered for Meb from my living room. At the Sony exhibit in the expo, Meb patiently answered questions and gave autographs. The first thing I said to him was “I follow you on Twitter!” It was exciting to briefly chat with him and he even said he liked my name!

In between meeting the professional athletes and being star struck, I visited exhibitor booths that sold the latest in running apparel, nutrition and gear. I even received a free Garmin water bottle after meeting the tweeter behind the @Garmin_Chicago Twitter account! I can spend several hours at a health and fitness expo sampling foods, listening to speakers and contemplating purchases.

Even if you are not running the race, consider attending an expo – such as the Chicago Marathon Health and Fitness Expo – to meet other runners and exhibitors promoting races and products. The expo is free and open to the public. Remember to bring your camera and a big smile.

Chanthana Tsai is an endurance athlete currently training for local half marathons, 10-mile road races, the San Francisco Half Marathon, and the Chicago Marathon (where she hopes to qualify for the Boston Marathon). Follow her on Twitter @chanthana or provide her motivation on Dailymile

Preparing for the Chicago Election Day 2011 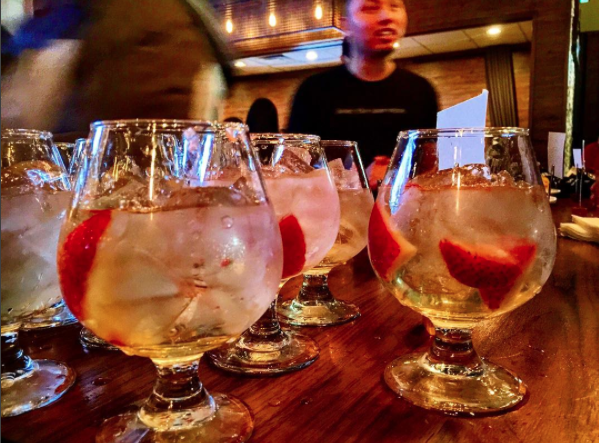 This Weeks Chicago Family Picks You Should Check Out: June 11 – 17