Happy New Year!  I hope the new and improved year is treating you all very very well!

Sunday was the  Golden Globes and  it was all about long sleeve dresses as well as emerald greens, pinks and nudes.  There was so much coverage of the fashion, I’ll give some off the radar hits and misses of stars who don’t dominate everyone’s lips.

Christina Hendricks- have I seen this before?  What is this?  Shes curvy  but she can do much better

Heidi Klum- this is not the Victoria Secret fashion show.  She just showed up and said “eh, forget about it”

Claire Danes- it was simple and chic.  Perfect!

Emma Stone- was stunning! She dyed her hair blonde for her new role in Spider Man and I must say it has given her va va voom.

Anne Hathaway- though it could have been tailored better in the shoulder pad area, it was a very sleek and stunning dress.

In other news, the holidays brought some very good news baby wise and new unions!

Faith Margaret Kidman Urban arrived Dec. 28 born through a gestational carrier and is the biological daughter of Nicole Kidman and Keith Urban

You just cannot stop the Kardashians so it seems.. Im tired of talking, reading and writing about them but I cant do my job if I don’t. Hot off the new show “ Kim and Kourtney Takes NYC “ there will be “Khloe and Lamar” coming in the spring.  Also the  girls will also be releasing Kardashian Kollection, in 400 Sears stores come August. The line will feature around 40 clothing pieces, 20 lingerie styles, 60 pieces of jewelry, 30 bags, 25 hats and gloves, and 12 pairs of shoes.

Blake Lively (Gossip Girl, The Town) will be the new Chanel ambassador.  Gracing ad campaigns in the Spring.

If you haven’t listened in awhile one of Chicago’s most popular radio personalities – DreX was axed in December.  Clear Channel did not give reasons for why but I heard it was because of personal problems and also his ratings slipped.  I don’t know how true that is but I am shocked and sadden.  His co-host Angi Taylor was picked up and is now co-hosting with his replacements Brotha Fred, comedian David L.  Mel T (my favorite) from what I have heard, quit as soon as she heard they fired DreX.

I tried listening to the new show and its host Fred sounds like a Howard Stern wannabe.  I’m not impressed so no morning drive for me!

New club Public House has opened with  celebrity packed line up DJ Samantha Ronson, Guiliana Rancic, and Jillian Harris.
Dwyane Wade,  celebrated his birthday at Alhambra Palace on January 15th with celebrity friends like Common who performed live and it was the pre-party to the Miami Heat vs. Chicago Bulls NBA game on Saturday, January 15th.

I would like to congratulate Raijean Stroud of  Swa-Rai’ Fashion & Lifestyle Blog.  She will be the new American Heart Association (Chicago) representative and also she is starting the Bleeding Heart Project!!!!  She will bring awareness about Heart Disease to the forefront of Chicago.

I would also like to congratulate Darius Williams owner of the Cupcake Gallery on securing a spot on Sunny Anderson’s Cooking For Real on the Food Network.  Can’t wait to see it!

Kristin Cavallari is in love with Bears’ Jay Cutler!  In Las Vegas on Saturday, Kristin said during her talk with PEOPLE about her relationship with Chicago Bears quarterback Jay Cutler, “I’m in love.”

Starting soon:  the Chicago Code set and shot here in the streets of Chicago

News has arrived  that Batman: Dark Knight Rises WILL NOT be shot here…such a bummer!

The UK based retailer- TopShop will open here in the Windy City in the Fall.  I cannot wait!!!

I tell what I know not what THEY say

Brandy Middleton is a native Chicagoan and the founder of the blog Mrs Windy City and a previous blogger and writer for In Chi City. When not concentrating on the next writing job she enjoys attending Chicago fashion shows and local events as well as hunting for the best sushi and Thai food. 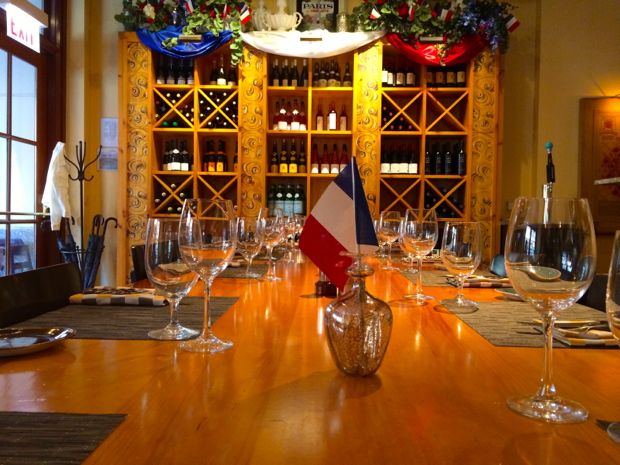 Celebrate “All Things French” In Chicago

Melt away at the Elysian Spa & Health Club

4 thoughts on “Golden Globes Red Carpet, DreX in the Morning Axed and Chicago news you can use”