America’s Gold Medalist Skating Sweetheart Kristi Yamaguchi just recently authored a children’s book titled “Dream Big, Little Pig” and entertained fans of all ages at her book-signing event at the John Hancock Observatory. She even joined the young ones for a skate at the Skating in the Sky and answered a couple of questions from her fans. The ice rink has drawn in many locals and tourist as well as another olympian skater, Evan Lycasek.

John Hancock’s General Manager Daniel Thomas mentioned that, “Our ‘ice’ rink has generated overwhelming enthusiasm from the public, and with visits from Evan Lycasek and Kristi, we’ve seen such increased demand, that we’ve decided to keep it open through April 17, two weeks longer than expected.” 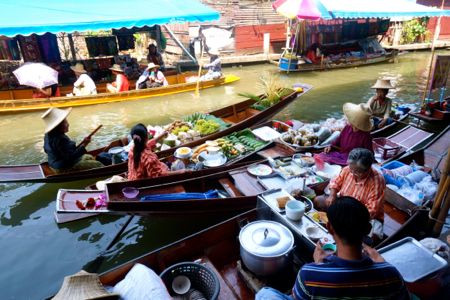 Bangkok: Train & Floating Markets To Check Out in Thailand